Join over +95.000 members to get access to all our features. Once registered and logged in, you will be able to create topics, post replies to existing threads, give reputation to your fellow members, get your own private messenger, and so, so much more. It's also quick and totally free, so what are you waiting for?

Founded in 2014 and initially developed as a Scrypt PoS coin, LitecoinPlus (LCP)
effectively iterates on Litecoin's robust foundations with a host of important functional
enhancements, enabling us to focus on both security and sustainability of the ecosystem.

The decision to use PoS, which is intrinsically a green algorithm (i.e. computationally
not intensive), serves to future-proof the coin against debilitating energy requirements
inherent in mass adopted PoW coins such as Bitcoin.

LCP was subsequently upgraded to a PoW/PoS hybrid, bolstering resistance to attack
compared to coins that utilize PoW or PoS exclusively as well as empowering users with
flexibility in how new coins are minted.

Low coin supply and healthy ratio of outstanding to total supply position LCP favorably
with respect to long term stability and ultimately as a viable next-generation commodity
and store of value.

Version 5.0 Wallet added Paladin51, It's a quick deploy 51% attack defense which can be activated
by any node or wallet on the network quickly.

LCP has a large community, strong development team, dedicated marketing team and is a solid choice
for hodlers, miners, and traders. We encourage you to join the comunity today.

RULE_POW_ON_OFF: with this rule, we can control whether the network, within a specific range of blocks,
accepts PoW or not altogether. If the rule is raised, PoW blocks are rejected by the network, and the node is soon disconnected by the clients,
as the default behavior for invalid PoW found.

RULE_CLOCK_DRIFT: an attack is often carried by advancing the nTime of blocks rapidly mined, so that other nodes are too busy re-organizing the chain,
and creating mini forks. Is not necessarily a dangerous thing, just annoying, cause the users would then need to re-sync the blockchain.
By adjusting this value dynamically, we can fine tune it if this is detected by our algorithm.

RULE_POS_PERCENT: possibility to adjust the % of PoS remotely.
Not really directly used against the attack, but combined with PoW off under certain conditions, could be used to achieve a drastic increase in PoS mining to sustain the network.

RULE_POW_REWARD: possibility to adjust the absolute reward of PoW mining.
Again, not directly linked, but since we have added PoS dynamic percent, why not adding also PoW absolute reward. It would probably never be used, but is there.

RULE_BLOCK_TARGET: dynamic block target value (at the moment is 30s).
Could be used also to mitigate an attack situation by diluting slightly the block generation.

RULE_DISABLE_OLD_CLIENTS: essentially is the “PALADIN ACTIVATED” flag, and does a few things internally in the code, among which, enabling PALADIN.

RULE_SUSPEND_SENDING: when this rule/flag is activated, all legitimate wallets will be unable to send coins out.
This function is essentially the equivalent of suspending withdraws for Exchanges or mining pools or web wallets when a serious problem is detected, and precautionary, stop them.
Receiving cannot be stopped, but an exchange could check the status of this rule dynamically with the new RPC command “testrule <height> <rule-type>”, in which <height> is the block height to test, and <rule-type> the rule type required to test, in this case 7.
Exchanges could then take immediate actions in case they are receiving coins from some nodes, because legitimate nodes shouldn’t be sending when the rule is on, meaning very likely that the system is being targeted by malicious transactions.


Wallets:
We offer a themes section in our windows qt wallet which allows you to customize the wallet to your liking.
(We have a large theme collection with over 100 themes in it !)

This update is extremely important, if you are not on a PALADIN version already, upgrade as soon as possible before the cutoff block ! We will announce the cutoff block within 2 weeks from now. From that block onward, all nodes running version < v5.0.0.1 will be cut, leading to a PALADIN capable-only network.

Top pool for mining lcp , Solo , Prop , Party and DPPS
Has merge mining on 10 other scrypt coins while you mine LCP
Auto convert to lcp for multiport mining top profit. 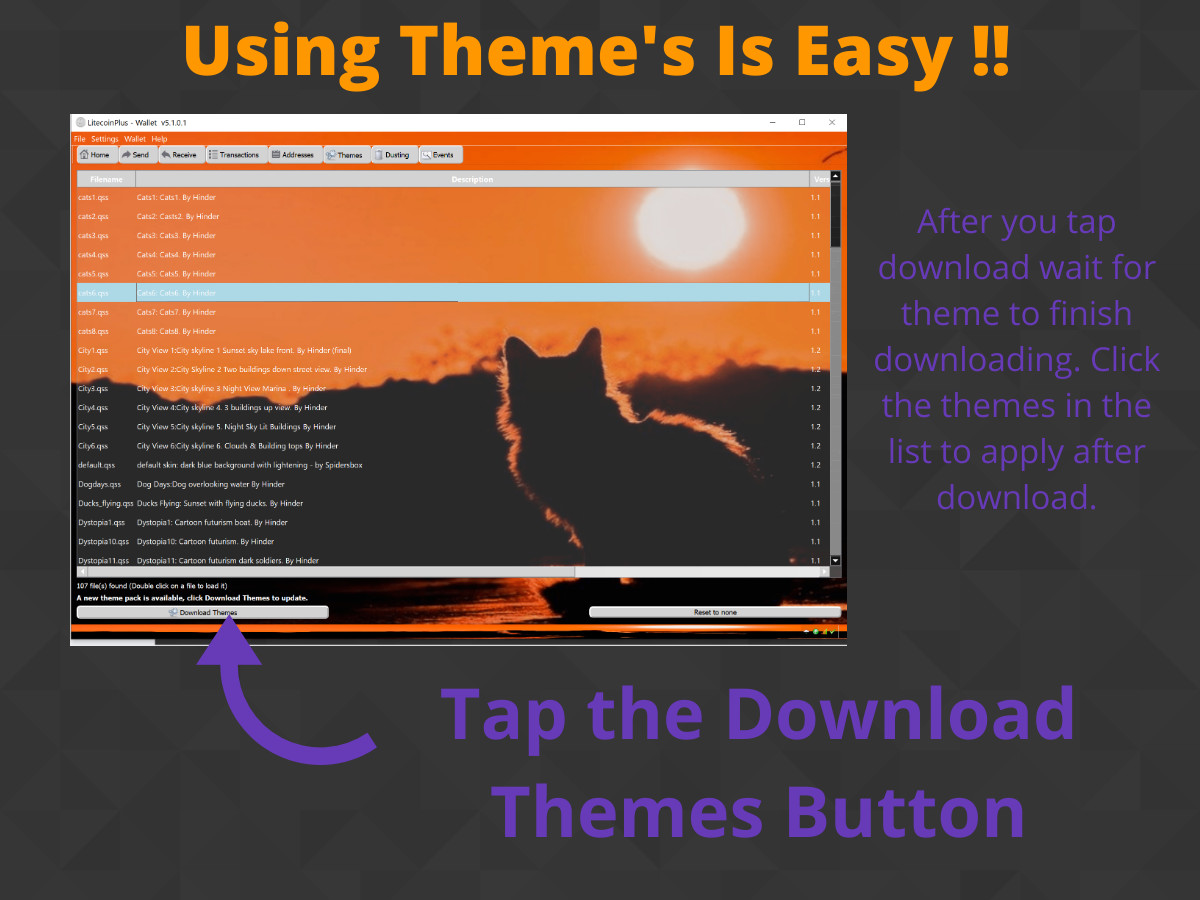 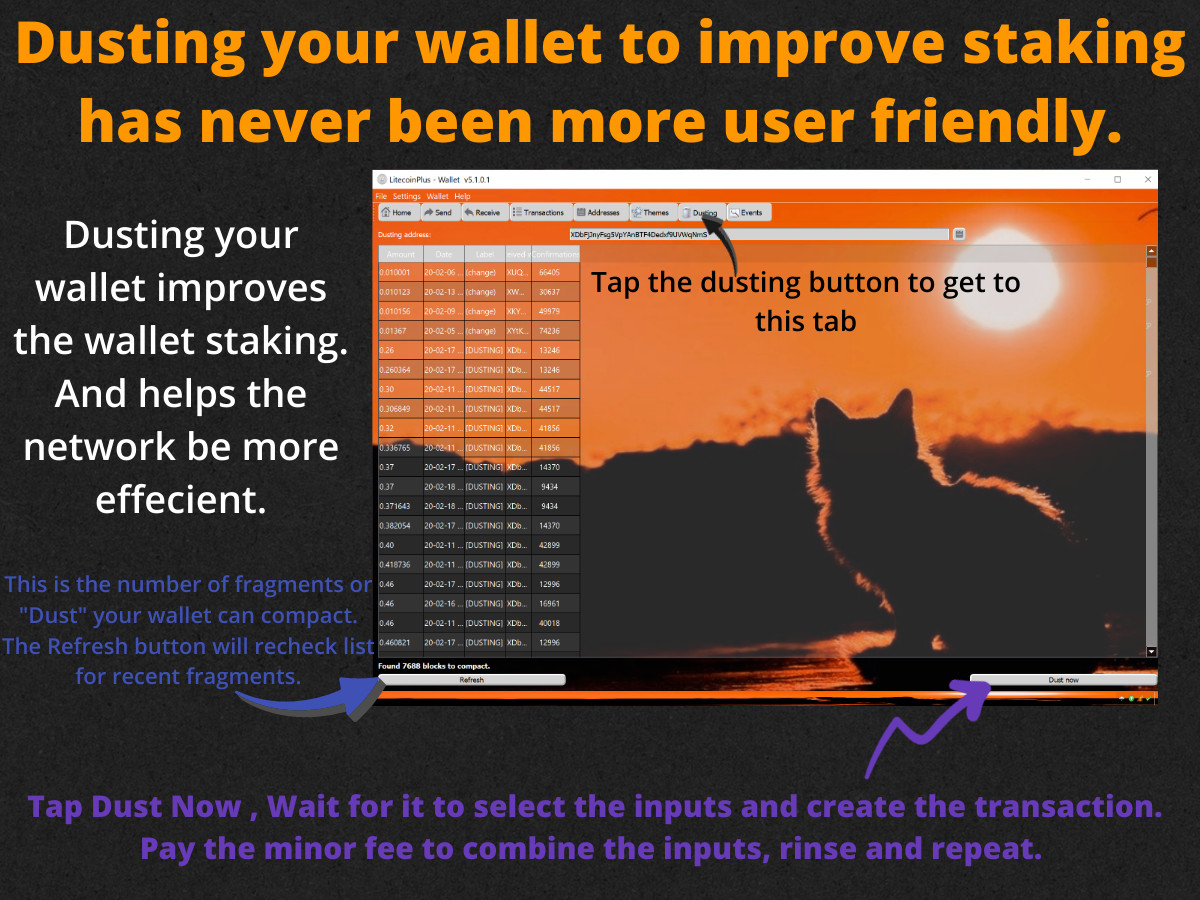 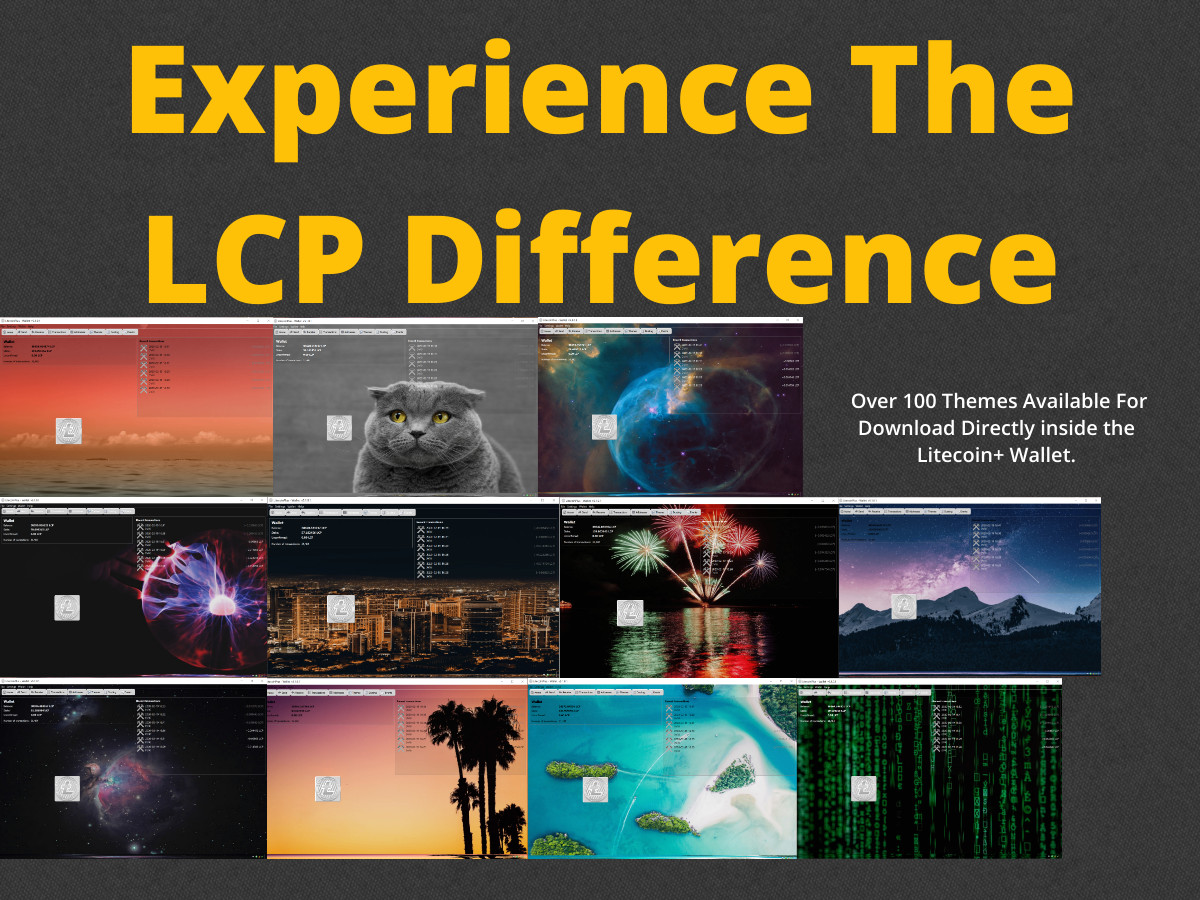