up to 7 BTC multiplier for 4 first deposits!
Use code BEER125 for additional 125% first deposit bonus!
Sponsored

Funniest and safest blockchain casino? Register on FairSpin!
Your Turn to Earn 🏆
Sponsored

Start Playing Original Games on DuelBits!
Join DuelBits to Claim Your Bonuses!
You are using an out of date browser. It may not display this or other websites correctly.
You should upgrade or use an alternative browser.

Rating - 100%
1   0   0
In this guide, I will help you understand how to write a quality comment or review on BMF. This should help all new users understand what the site is looking for.

I have taken examples from the forum of comments people have left. Here you will see the very low quality of the comment. This is what is considered a trash comment on the site:

This should give you some ideas about what is a trash post and what is a quality post. Quality adds to the review and helps people to understand it better. Giving advice or suggestion on how to work on the application, earn money from it, or giving some tricks and tips about what you do is always considered quality content which benefits and helps a person.
https://9to5workonline.com/blog/ - website fb.me/9to5workonline facebook, Twitter - @9to5workonline
Sort by date Sort by votes

Rating - 0%
0   0   0
A really great explanation for a people like me that still are relatively new to the forums. Speaking of which, I think many of the new users that only come to the forums to take part in the reward system, only make posts to ... well, get the reward. This instead of making a post only when the user really has something to say. I've seen other forums where posts made by new users must be accepted by a moderator before it's visible to everyone. Maybe could this be an option to get rid of the users who don't strive to help to forums?

It can also be a lack of knowledge. I myself have only been here for about a week, and coming from the "Avoid Being Banned For Trash Comments"-thread, this is the first time I really understand what you mean with the so-called "Posting quality" as stated in the rules. I think other new users may also miss it if they only read the rules in passing. A solution may be be to be more tough with the rules when signing up.

Finally, I looked through my own messages and saw that many of them, especially those posted in the marketplace section, could well be called "thrash". Although I haven't received points from any of these, they haven't really added anything to the thread. I therefore wonder, is it OK to post low-quality replies in the marketplace-section if it's directly requested by the OP? I mean, I often try to stick to PM's when completing a "Deal" or a "Job", but sometimes I'm requested to post a message in the thread too (probably as a way to keep the thread active so that other users more easily will find it).
Upvote 0 Downvote

Rating - 100%
1   0   0
I guess I am guilty of this in the marketplace too. I normally only answer with a @name - verified and paid. I don't see much else to write in the marketplace. However, on other threads that deal with reviews, I do my best to help everyone. When I write a review I go above the quality of the ones I've posted on here. I will give a lot of info in my reviews so there is no need to leave a trash comment behind asking for how it pays or other things everyone else leaves out. Most of the reviews are slim to none and don't offer a lot. I tried to pick a few reviews, but I really didn't have much time to look for a couple of them I knew were outstanding. Most of the reviews and comments all fell under the rash comments and post, but I had to find some decent ones to give you an idea of what should be posted on here. Nobody actually reads the comments in the marketplace. Just worry about posting quality comments on the thread where you are paid.
https://9to5workonline.com/blog/ - website fb.me/9to5workonline facebook, Twitter - @9to5workonline
Upvote 0 Downvote

Rating - 0%
0   0   0
I think this is excellent! It helps people to see what NOT to do, plus you give examples PLUS links that tell you what "low quality" and "good quality" reviews are as well!1 Great job!
Nellhathnofury
Upvote 0 Downvote

Rating - 0%
0   0   0
I do think this informational thread should also be sticky in the support subforum, so that lots of member will be able to see it especially new members that continuously violates these rules and keeps justifying their posts as "quality" and "freedom of expression" just to gain points
>>FREE CLOUD MINING APP ON PHONE EARN LOTS OF CASH EVERYDAY$$EARN A BONUS OF 3USDT ON SIGNUP$<< >>EARN BITCOIN WHILE SURFING WITH THIS BROWSER, FREE CLOUD MINING ON MOBILE DEVICES<< >>>PLAY RETRO GAMES, EARN HASHES AND GET CRYPTO OF YOUR CHOICE!!!<<<
Upvote 0 Downvote

Rating - 100%
2   0   0
There's a lot of comments with very bad English it's hard to decipher just what some members here talking about. Maybe force/ask them to install Grammarly first before commenting?
Upvote 0 Downvote
M

Rating - 0%
0   0   0
Bmf should increase the amount the pay for each comment if they want so much quality in their comments. For 2 cents bmf should not expect pro content writer level comments. Just my opinion.
Upvote 0 Downvote

mak001 said:
Bmf should increase the amount the pay for each comment if they want so much quality in their comments. For 2 cents bmf should not expect pro content writer level comments. Just my opinion.
Click to expand...

bad idea, and bmf is not even expecting a "pro" level of writing skills, just informational ones as this is an informational forum, you can easily differentiate informational from rubbish ones
>>FREE CLOUD MINING APP ON PHONE EARN LOTS OF CASH EVERYDAY$$EARN A BONUS OF 3USDT ON SIGNUP$<< >>EARN BITCOIN WHILE SURFING WITH THIS BROWSER, FREE CLOUD MINING ON MOBILE DEVICES<< >>>PLAY RETRO GAMES, EARN HASHES AND GET CRYPTO OF YOUR CHOICE!!!<<<
Upvote 0 Downvote

Emoney said:
There's a lot of comments with very bad English it's hard to decipher just what some members here talking about. Maybe force/ask them to install Grammarly first before commenting?
Click to expand...

yeah but no way, we have to understand each other, we have only English to speak and there are a lot of users here English isn't their mother language.
like my situation, English isn't my mother language and isn't the second language also. i am just learning it by myself day per day to make people understand me as possible
get 1000 satoshis daily from only 10 ads: https://finalmentemain.com/register.aspx?u=anisboukezzoula
Upvote 0 Downvote

Rating - 0%
0   0   0
keeping the group clean with lot of rules and guild line to make this forum a safe place for everybody looking for one way (legit) or the other to make perceive income online...get informed...get empowered
Upvote 0 Downvote

i warned the guy who keep posting, so i showed him this thread, he don't care about it, so he continue posting and now he lost his account.


@BMF some people who dont speak english, they are using translate app and they broken the quotes like

Win2url - shorten, share and win Win2url is a newly launched URL shortener with decent pay rates. Win2url pays users to shorten and share their links online. Win2url currently pays up to $ 12 per 1,000 views and its lowest rate is $ 4. Like others, win2url also offers a low payout limit, its...
www.beermoneyforum.com

Hi all, today i am introducing another legit url shortener Shrink.Pe with daily payments (payments are made within 24 hours) also we offer cpm of up to $10 per 1000 visits with lowest cpm of $2.5. we pay via PayPal, Payeer, we money, upi, Paytm, goglepay, paysera and bank transfer to all our...
www.beermoneyforum.com

Rating - 0%
0   0   0
For non native english speakers sometimes it's hard to translate and type in english the word they wanted to convey,and that thrash comment im guilty of it too,well some of it atleast
See my about page to earn $1 a day the easy way.
Upvote 0 Downvote

Rating - 0%
0   0   0
I don't know if this a suitable thread to ask a question but I am already here so I will just make it. Why do my message count stop increasing every time I post a new comment, I is at 18 at the moment. Is there something wrong with my account that I don't know?
Upvote 0 Downvote

daicon said:
I don't know if this a suitable thread to ask a question but I am already here so I will just make it. Why do my message count stop increasing every time I post a new comment, I is at 18 at the moment. Is there something wrong with my account that I don't know?
Click to expand...

You post should be at least 100 characters long to be counted.
Upvote 0 Downvote 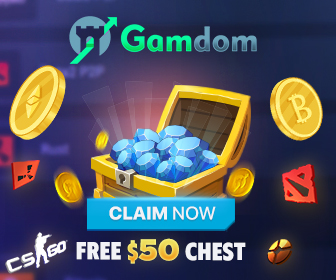