❓ASK What is a DDoS Attack? 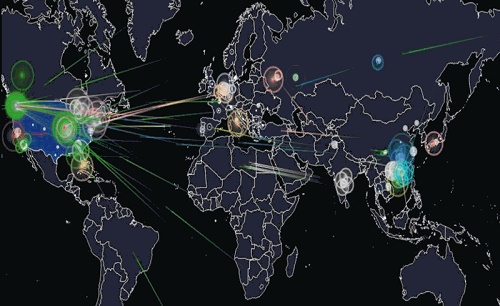 Today I want to talk with you about a DDoS attack and what it is. Many people have no idea how this works or what effects it can cause on your website or the hosting service you are using. These types of attacks are malicious and are aimed at preventing people from visiting your website. The attacks act like a traffic jam preventing visitors from arriving at your site because they are overwhelming the network with a flood of internet traffic. The person who is attacking your network is using a group of exploited machines and other types of network services such as loT devices.

So How Does All This Work?

Good question. When a person wants to start a DDoS attack on a network he or she will need a network of online machines in order to carry out their attack. They have to find a group of computers or loT devices, that they can infect the devices with malware and it turns the devices into zombies that can only be controlled by them. Once the malware is installed on these machines they are no longer computers like they were before. They have now become a bot, and the person now has complete control over these devices and has constructed a botnet that they control.

Keep in mind that each computer in their botnet has a separate IP address and is independent of each other. The person who is in charge and controls all the bots in his botnet can now send a set of instructions to the devices. When the person sends an IP address to the bots in his control each one of the bots will now respond to the commands that were issued to them and start sending out requests to the targeted network.

The flooding of the network by all the bots in the botnet will cause the network to immediately overflow capacity. This, in turn, causes a denial-of-service or DDoS to the normal traffic that is trying to use this network. When this happened the network administrator has a very difficult time telling which IP address is associated with the attack and which IP address is from legitimate traffic coming to the network.

What Are The Different DDoS Attacks?

The Application Layer Attack: Many networks will consider this or call this a layer 7 DDoS attack. The 7th layer in a network is the human-computer interaction layer. This is where people can access the network services. This DDoS attack is designed to attack the layer where the web pages are generated from. This is one of the hardest attacks for a network to defend themselves against. Networks have a hard time to flag these attacks as malicious attacks against the network.

HTTP Flood: This type of attack can range from a simple attack all the way up to a complex attack. The best way to understand this attack would be to describe it as a refreshing attack. The attack will continue to refresh the web page over and over again. When you get a large number of computers refreshing the same page over and over again it results in a denial-of-service.

Protocol Attacks: These types of attack will target resources like firewalls and load balances. The attacks target the 3rd and 4th layer of the networks. The 3rd layer of a network determines which physical path the data will take and the 4th lawyer will transmit the data using the TCP and UDP protocol. In this attack, the bots will exploit the TCP handshake by sending a massive number of TCP connection request to the network. The network responds to each request and waits for the final step to be executed in the handshake. When this doesn’t occur the network resources are exhausted and the denial-of-service attack is underway.

I hope this had shed some light about DDoS attacks and how they work. If you have anything else to add to this information that would be wonderful. I love to hear your thoughts about DDoS attacks. Thanks for reading.
Sort by date Sort by votes

Rating - 0%
0   0   0
DDoS or Distributed Denial of Service is an attack directed at a website or a network resource with the intention of making it impossible for [intended] users to access the site or the network resource.

Often a huge number of "hijacked" systems called zombies army or botnets are used for such attacks. The traffic spike makes the website crash because the servers can't handle such a huge amount of traffic.
Upvote 0 Downvote

Rating - 0%
0   0   0
Imagine what would happen if 200 people tried to use your front door all at the same time. Some people will get through in a timely fashion, the rest have to wait until the people ahead of them go through. That's what a DDoS attack is like.

When a DDoS attack happens, your hosting provider will usually cut of access to your server temporarily. Its more to protect the rest of their network than it is to protect your server. Getting a sharp spike in traffic, commonly associated with being linked to from a high profile site like Reddit, can give the same effect as a DDoS attack.
Upvote 0 Downvote

Rating - 0%
0   0   0
I can't explain it any better than the previous 2 posters as its exactly that. But what I will say though is that a DDoS attack is probably the most basic, and crudest of the ways to bring down a server.

DDoS attacks are like what the hackers in preschools would do, and then you usually get them coming out saying they have brought down some giant company, when they haven't done anything of the sort.
Upvote 0 Downvote
X

Here is a definition to make it a bit clearer for you: A DDoS, which is known as a distributed denial of service will crash a website by sending multiple traffic. This is why it is important to have DDoS Protection on a website to prevent a DDoS happening.
Upvote 0 Downvote

Rating - 0%
0   0   0
The other members explained well what does DDoS attack mean. If you want to protect your site you will need a DDoS protection service I recommend Cloudflare for you.
MegaMan's signature: <3​
Upvote 0 Downvote

Rating - 0%
0   0   0
Many sites are blocked because of this "Distributed Denial-of-Service Attack" attack. This attack is a "DoS attack" attack that comes from more than one computer or source at the same time. But what does "DoS attack" mean?
Is a type of attack that attempts to make server or server resources unavailable to the user. This means that when a "DoS attack" occurs, the site's Traffic is consumed, resulting in site disruptions and visitor impressions.
Upvote 0 Downvote
L

Vampa said:
DDoS or Distributed Denial of Service is an attack directed at a website or a network resource with the intention of making it impossible for [intended] users to access the site or the network resource.

Often a huge number of "hijacked" systems called zombies army or botnets are used for such attacks. The traffic spike makes the website crash because the servers can't handle such a huge amount of traffic.
Click to expand...

I totally agree with you,you just summed this up.This is attack by hackers to avoid site owners from accessing their sites.I think one buys much money if the site is hijacked by the hackers before it will be returned.
Upvote 0 Downvote 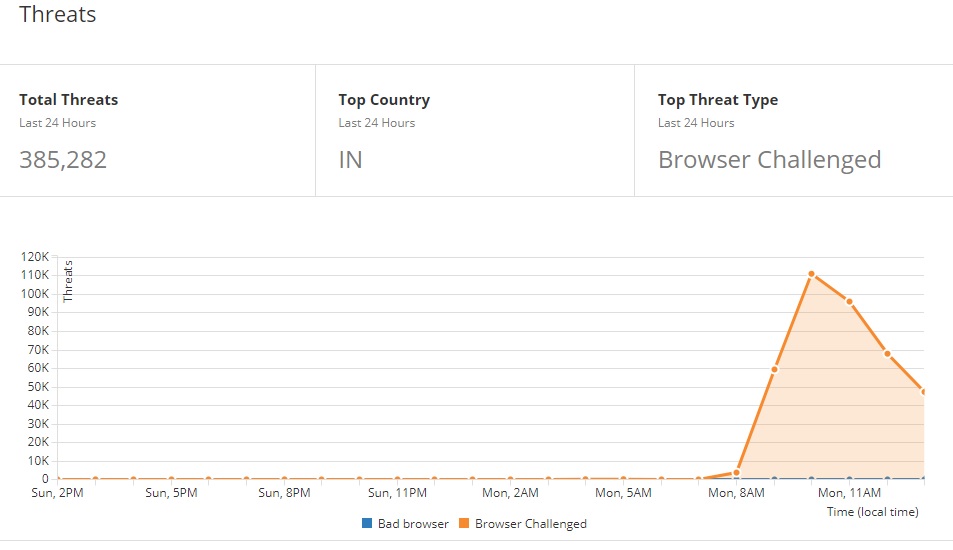 Rating - 0%
0   0   0
Well, DDoS attack is sending alot of internet packets to the server via a specified port, leading it to crash or stop working, some websites have layers for DDoS protection.
However, nowadays, DDoS became easier to perform, as there are tools for that.
Upvote 0 Downvote
M

Learning is a continuous process and we don't just earn here but also learned, I am just learning more about DDos here and no doubt Mr B is really trying hard to keep this forum growing and sustainable
Upvote 0 Downvote

MegaMan said:
The other members explained well what does DDoS attack mean. If you want to protect your site you will need a DDoS protection service I recommend Cloudflare for you.
Click to expand...

I have seen DDoS protection service from cloudflare. I don't know if it's a paid or free service but at least I know it's worth to try.
Explore 1000's of trusted make money alternatives.
Upvote 0 Downvote

Rating - 0%
0   0   0
there are many more types of ddos attacks then whats mentioned here what you have mentioned is only the tip of the ice berg, there is a old technique that not very many people out there know of and it's rarely ever heard of it's called a reverse bandwidth attack & it's actually the opposite of a standard denial of service attack it's called a "reverse bandwidth attack" what that entails is sucking up all the bandwidth from a remote location storing & saving it in a method that is to complicated for luddite eyes. and at the perfect time of peak traffic to said remote server you send the date back at a speed capable of completely crashing the network to a point where it can never recover. complete & total domination of the network.
My Sales Thread Web Graphic & Misc Technical Services + More [100 BMF] Beginner's Guide 2 Earning Online
Upvote 0 Downvote
B

Mr. B said:
Just look what we deal with at the moment. (DDOS ATTACK)
View attachment 9990
Click to expand...

Rating - 0%
0   0   0
on a side note that is one of the worst denial of service attacks someone can do but good luck figuring out how it's done only select few including my self know how to accomplish this said technique of denial of service attacks.
My Sales Thread Web Graphic & Misc Technical Services + More [100 BMF] Beginner's Guide 2 Earning Online
Upvote 0 Downvote
B

oops brother, you're removing your cover..

ok show us how you do it?

TechWise said:
oh well I'm not under cover I am just sharing my knowledge.
Click to expand...

weblord said:
ok show us how you do it?
Click to expand...

the only way I would release that information is if someone paid me a fortune man.
My Sales Thread Web Graphic & Misc Technical Services + More [100 BMF] Beginner's Guide 2 Earning Online
Upvote 0 Downvote
B

how much is that fortune btw?

TechWise said:
the only way I would release that information is if someone paid me a fortune man.
Click to expand...

❕NEWS A new FLAW that could steal your Crypto and NFTs! WARNING