up to 7 BTC multiplier for 4 first deposits!
Use code BEER125 for additional 125% first deposit bonus!
Sponsored

Funniest and safest blockchain casino? Register on FairSpin!
Your Turn to Earn ?
Sponsored

Start Playing Original Games on DuelBits!
Join DuelBits to Claim Your Bonuses!
You are using an out of date browser. It may not display this or other websites correctly.
You should upgrade or use an alternative browser. 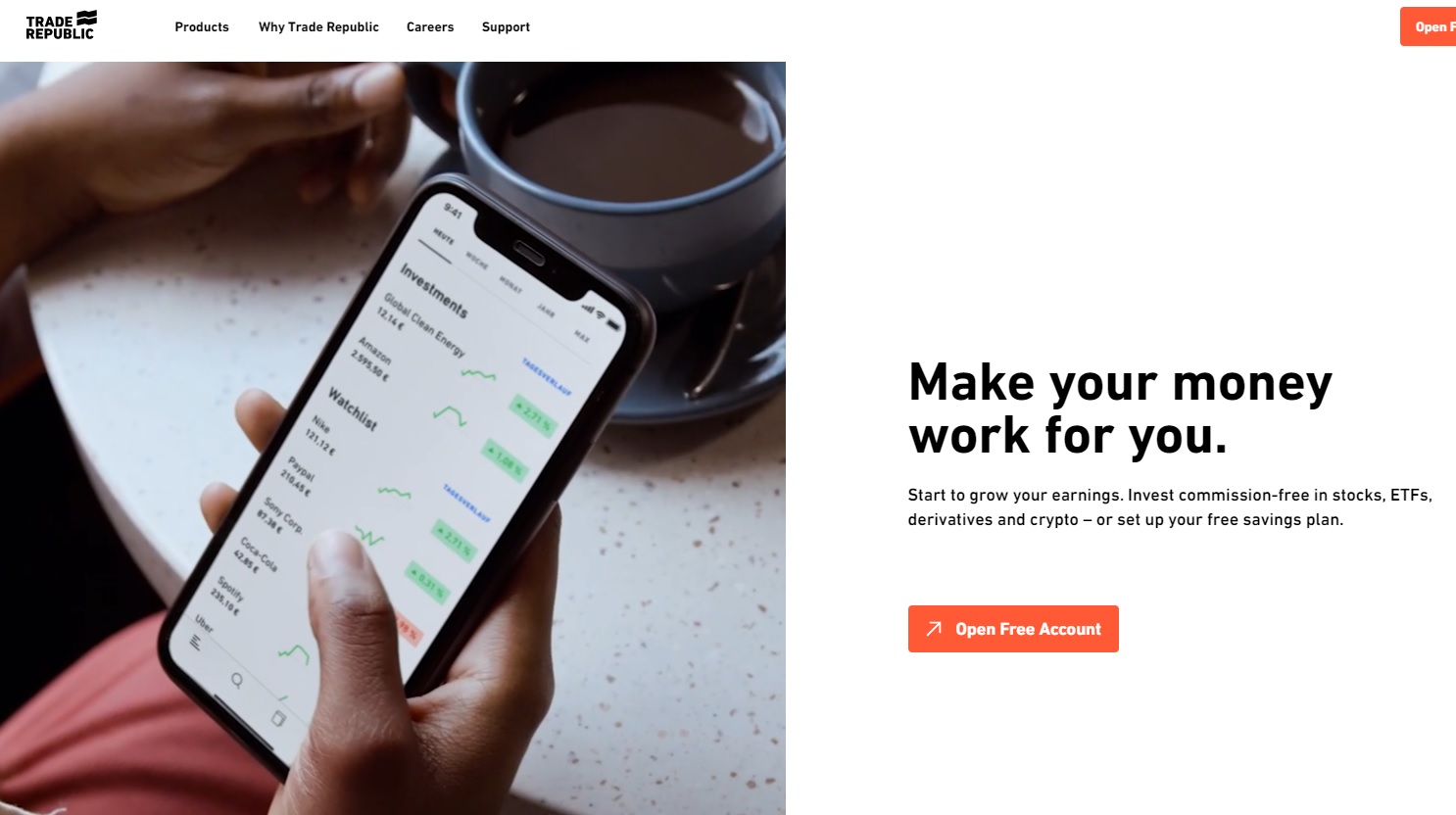 One of the best ways to make money online is through trading. And yet, due to the limiting and difficult factors, only a few people with enough wealth are able to gain access into the market. To remedy such high barriers to entry, Several investment and trading firms were tried to innovate, too bad most of them were failed. Only a few succeed to make the market more open to everyone with fewer hurdles to enter. One of such firms is Trade Republic.

Trade Republic is an investment bank and online trading broker based in Germany. The company was founded in 2015 in Munich, Germany. Trade Republic's stated mission is to break the high barriers to capital market and to provide an easy, fast, and free access to the market. In order to do this, Christian Hecker, Thomas Pischke and Marco Cancellieri, the founders, painstakingly built a bank from scratch. The company's initial name was Neon Trading, and they were founded as a startup under the supervision of Comdirect Bank, a direct bank based in Germany. In 2017, the company's majority of shares were acquired by Sino AG, a Düsseldorf-based company. Since then, the Sino's CEO, Ingo Hillen became the general manager of Trade Republic. In the following year, the government of Germany granted Trade Republic a securities trading bank license. Starting in February 2019, the company opened a beta testing for their trading app to a number of users, and in May of the same year, the app finally opened to the public.

Unlike many other trading firms, Trade Republic is unique in the way that traders can only trade on their smartphone and not on PC nor laptops. Due to strict regulations, Trade Republic only accepts traders if they are at least 18-year-old and are living in Germany. There are also requirements to have SEPA bank account and European phone number.

As a fully-regulated investment bank and online trading broker, Trade Republic's main offerings are Savings plans and online trading that involves stocks, ETFs, Derivatives, and Cryptocurrency. Unlike conventional savings plans offered by regular banks, the money investors deposited into their savings accounts can be used to buy fractions of stocks or ETFs of their choice. With this scheme, investors can enjoy the passive growth of their wealth. There are more than 1,500 ETF and 2,500 stocks savings plans for investors to choose. The minimum amount of investment is 10 Euro, and there's no commission fees involved.

Trade Republic's crypto listing are including Bitcoin, Ethereum, Litecoin, and Bitcoin Cash. Crypto users can buy, sell, or HODL their favored crypto with ease. All financial products offered by Trade Republic are protected by the bank and the Germany's regulations on financial products.
JuicyFields Review - I CASHOUT € 6,500 AND INVESTED LOT MORE